Coming to an NFL Stadium Near You...

Every time we host an event at NRG Stadium, we know we’re seeing the future of football. It’s beyond a privilege to be able to give these future stars a chance to play on a professional stage at NRG Stadium during their collegiate careers.

This year, 30 of our LSSE event alumni were drafted and many more signed as free agents to pursue their dreams in the NFL. Read on to see the full list of 2021 LSSE alumni draftees! 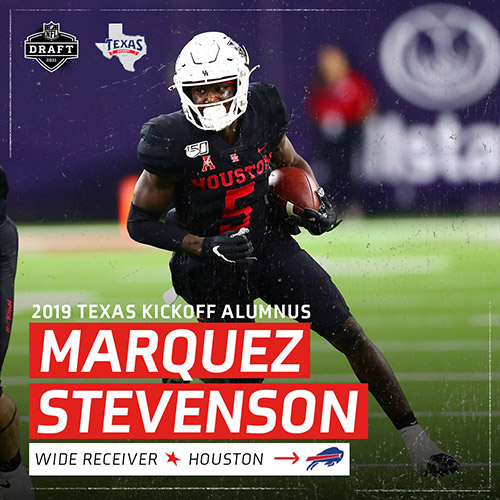 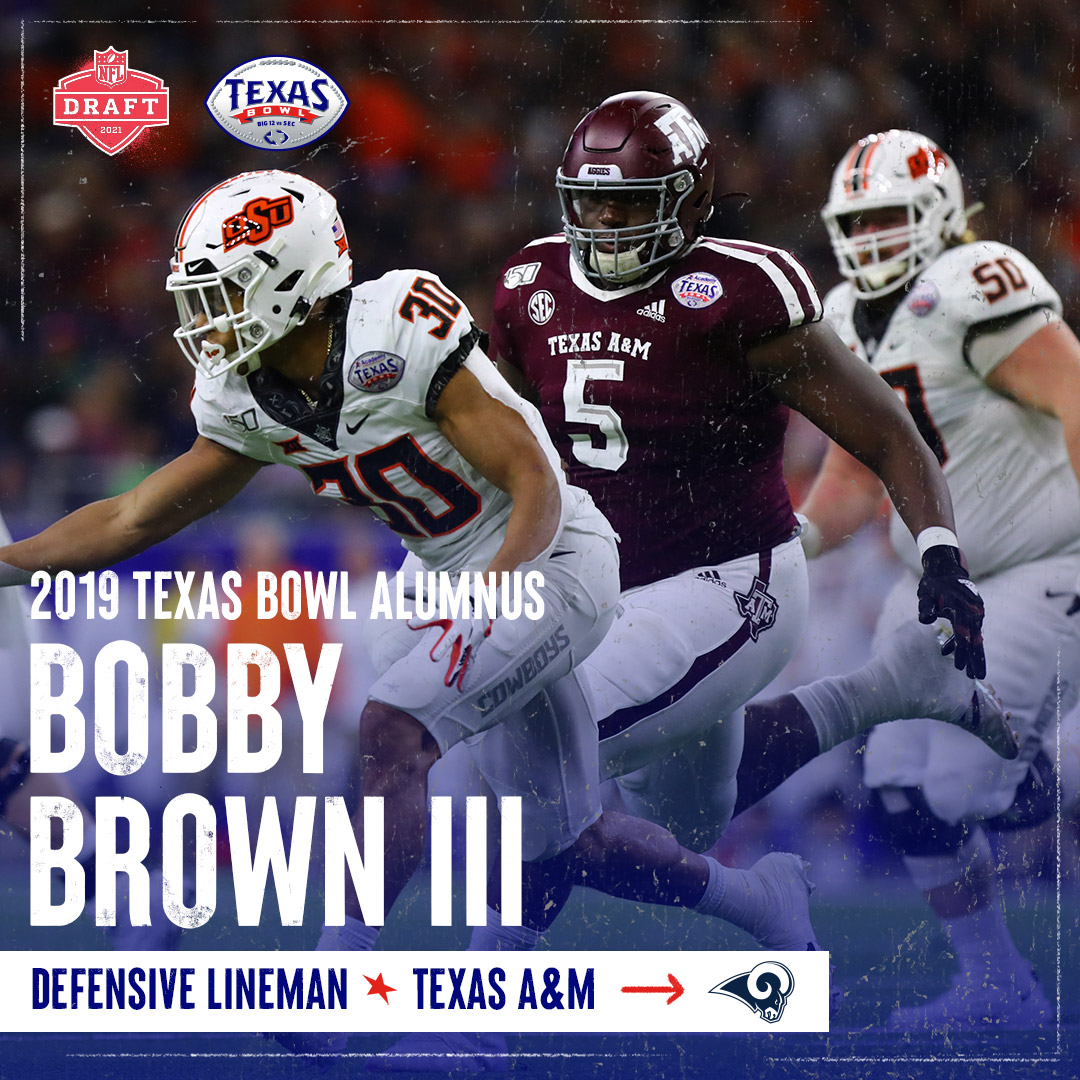 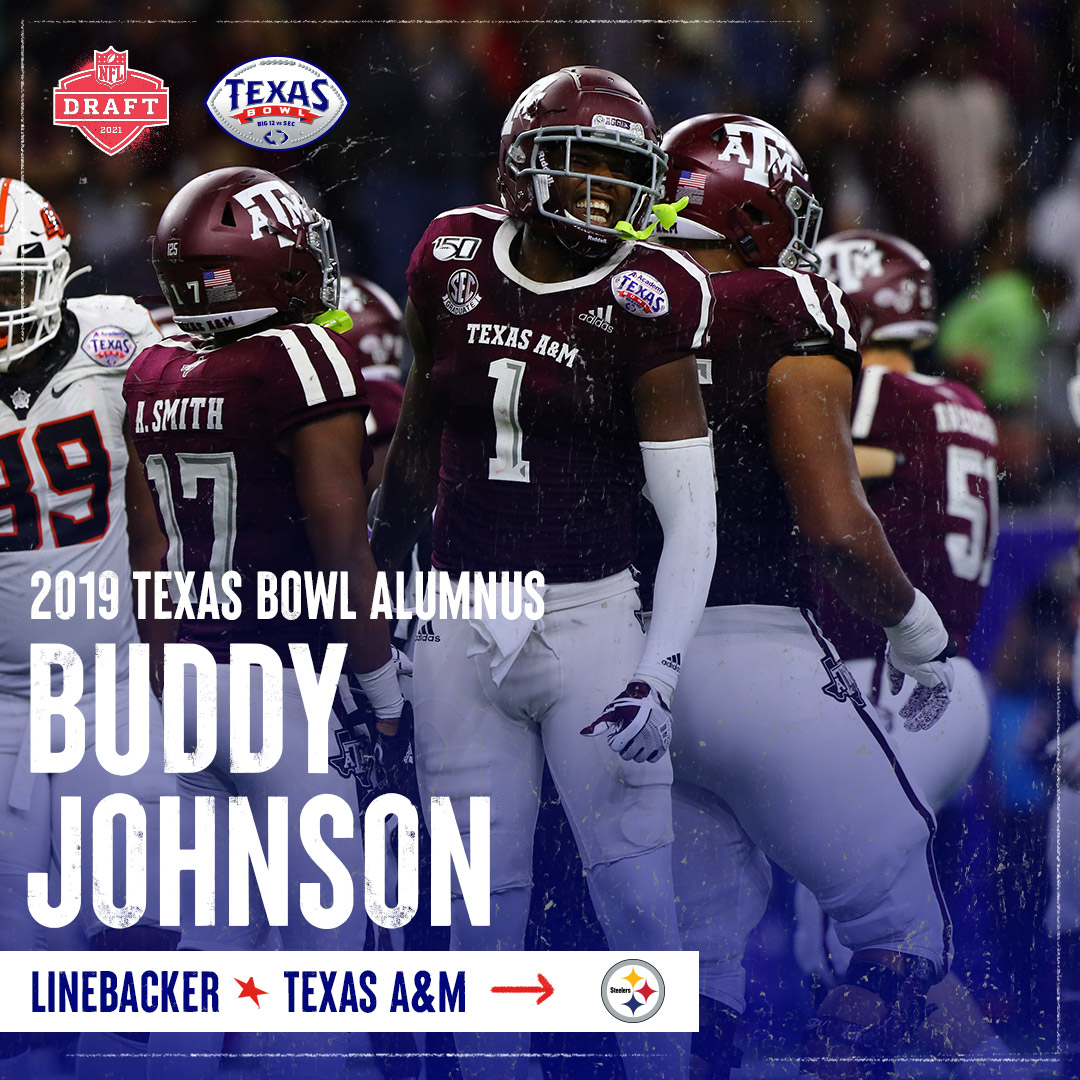 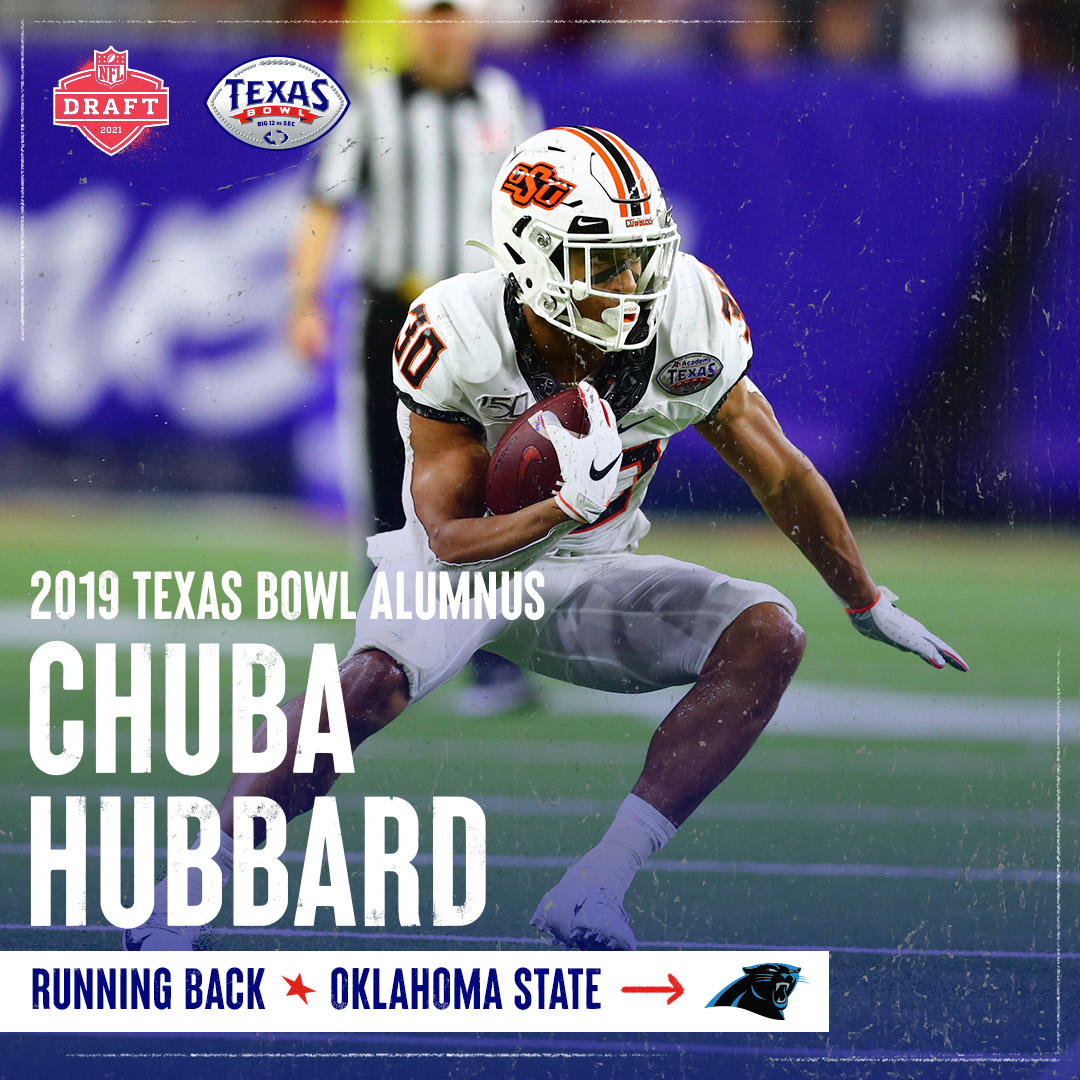 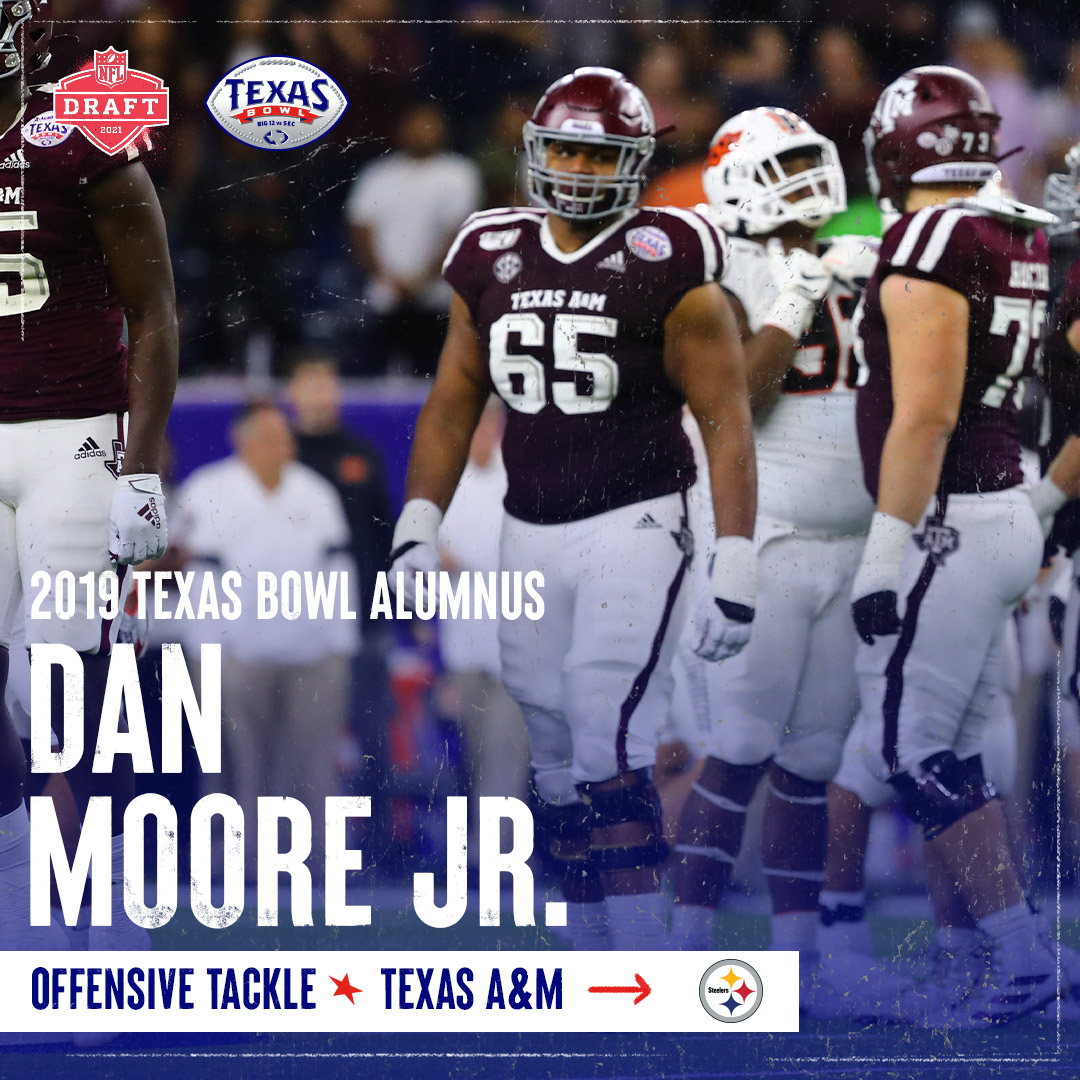 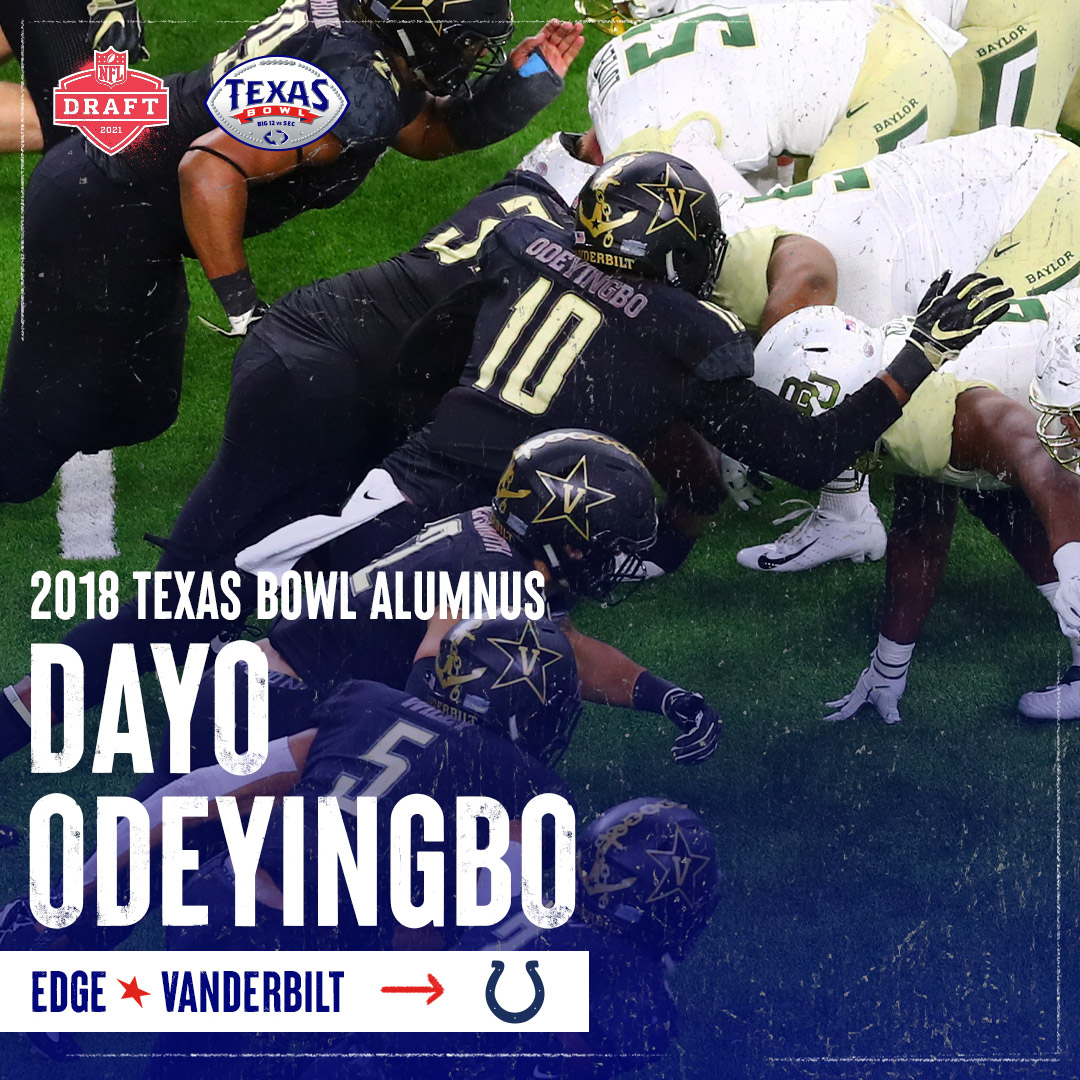 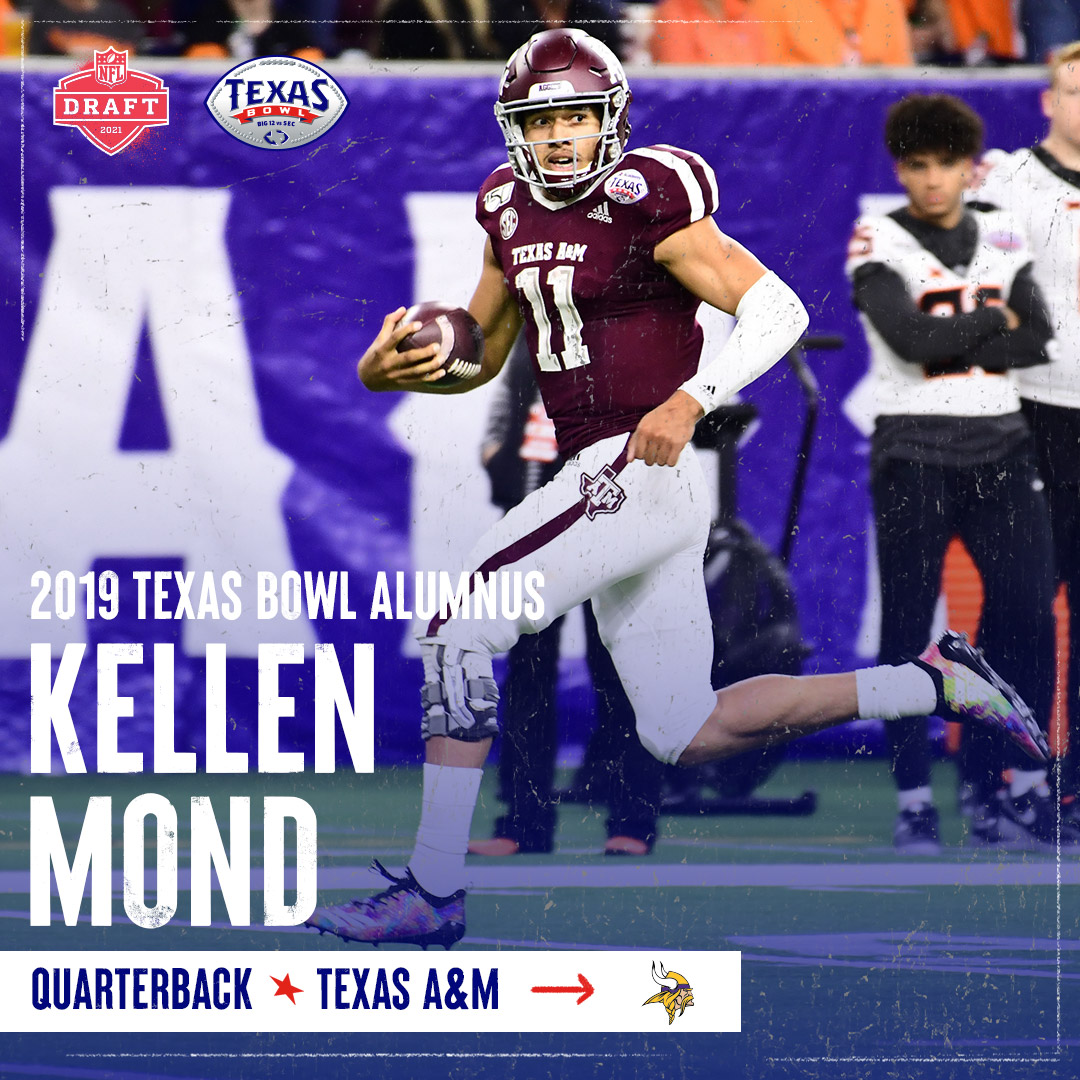 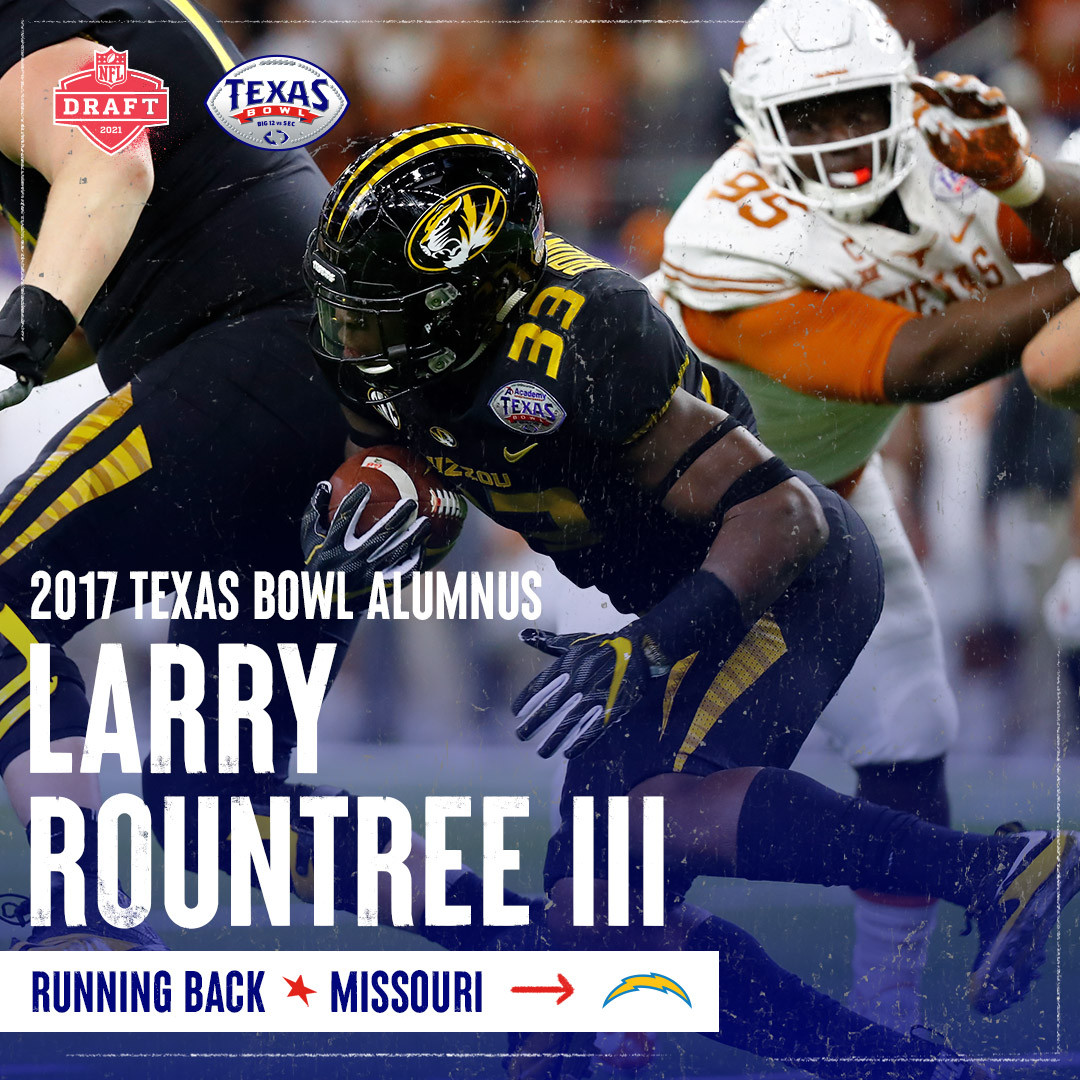 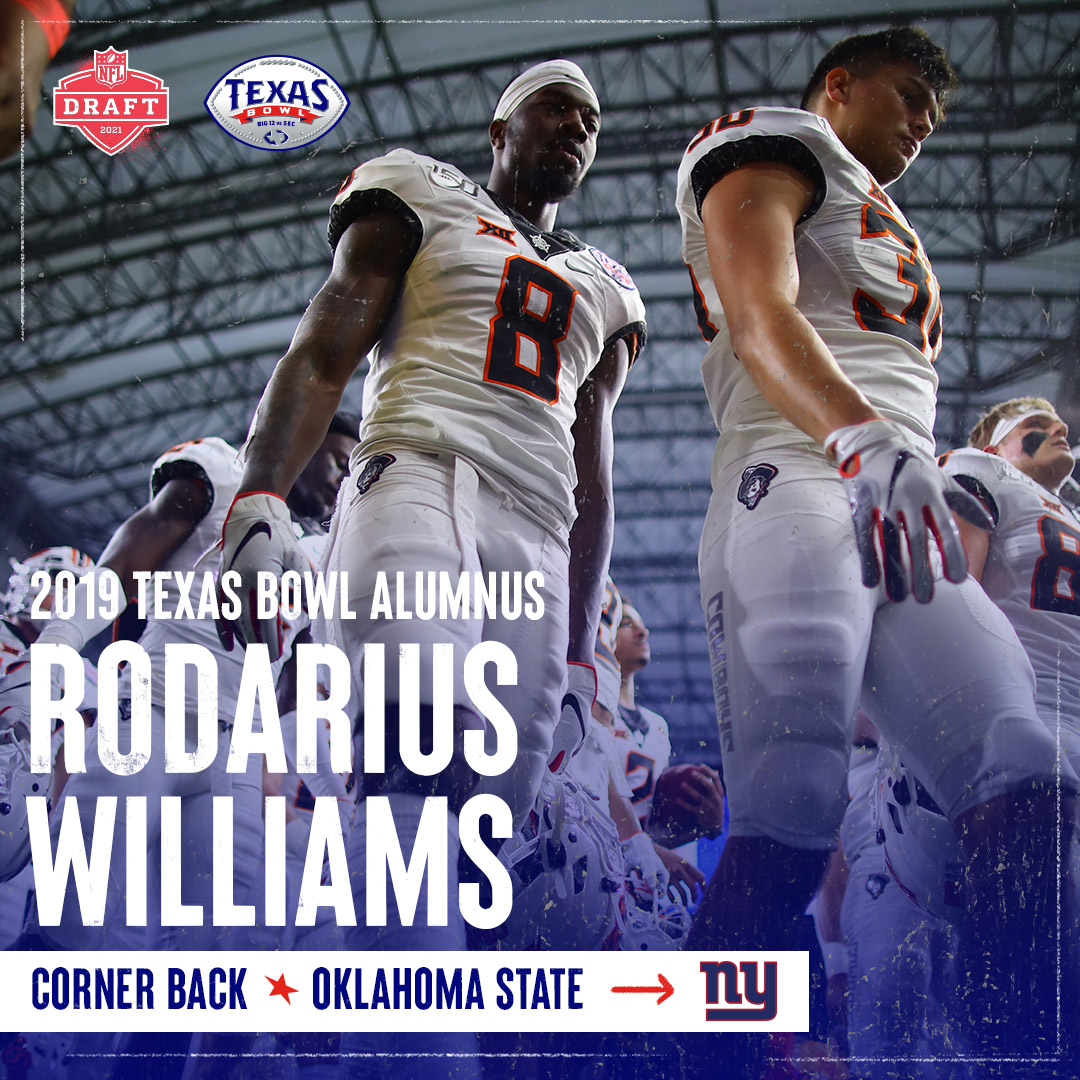 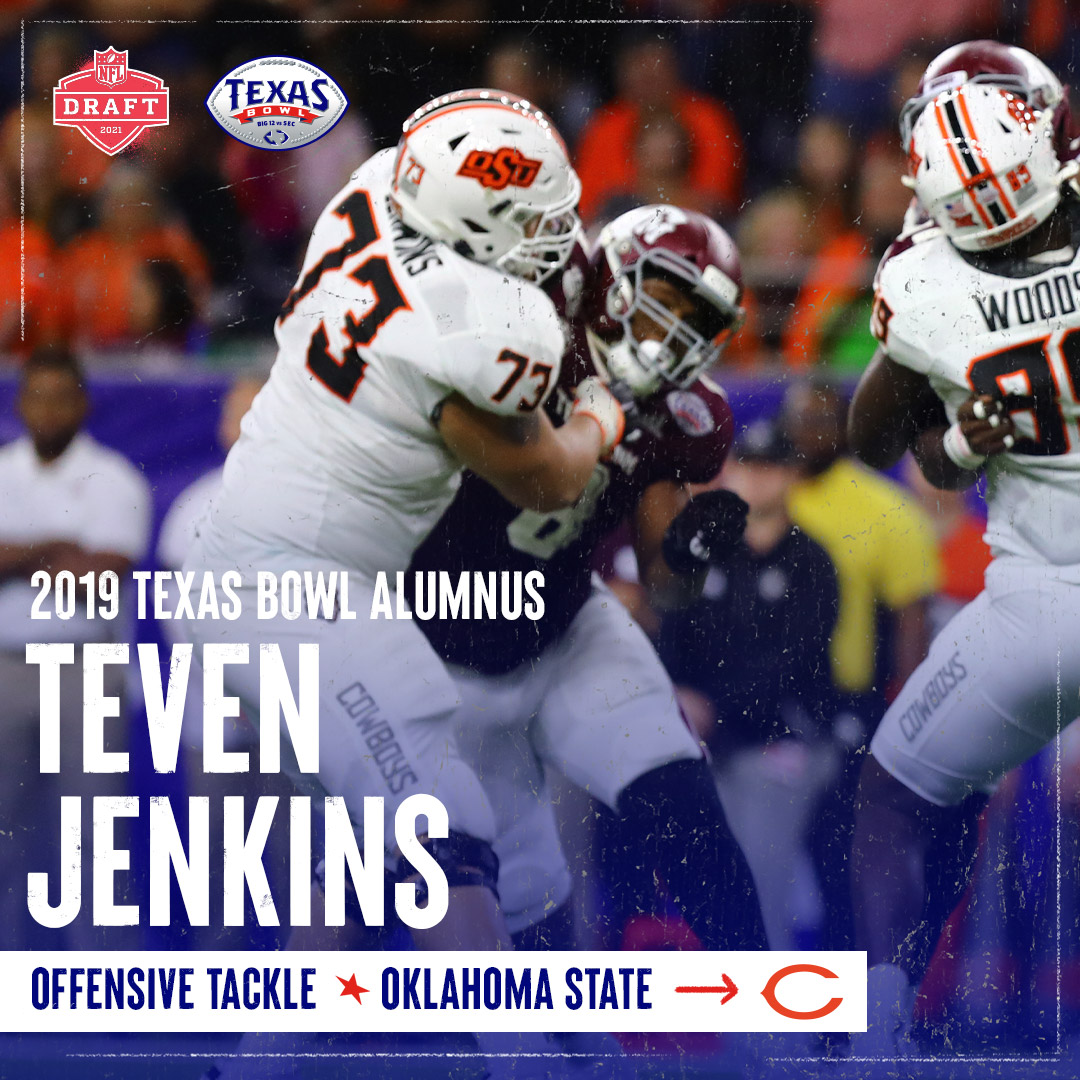 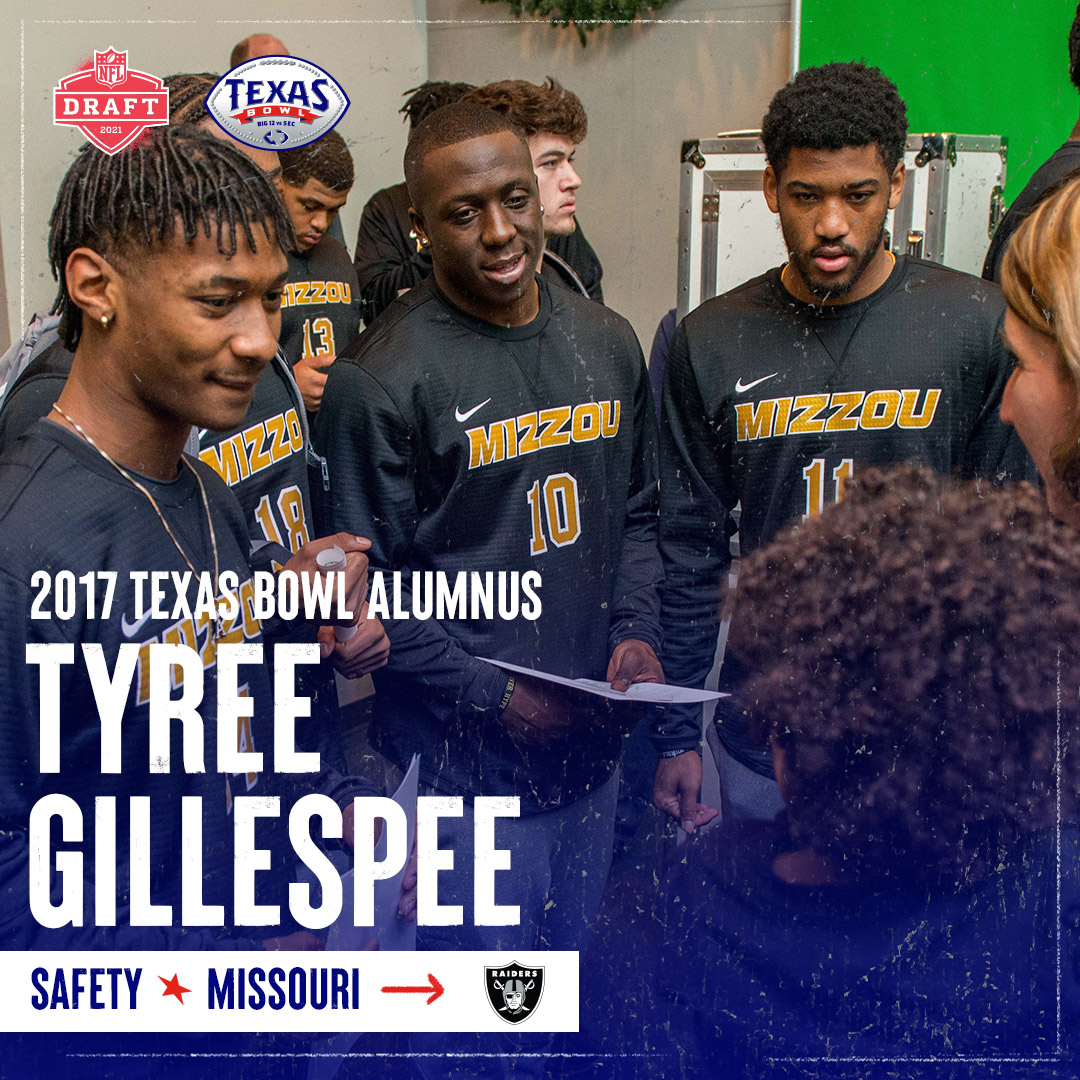 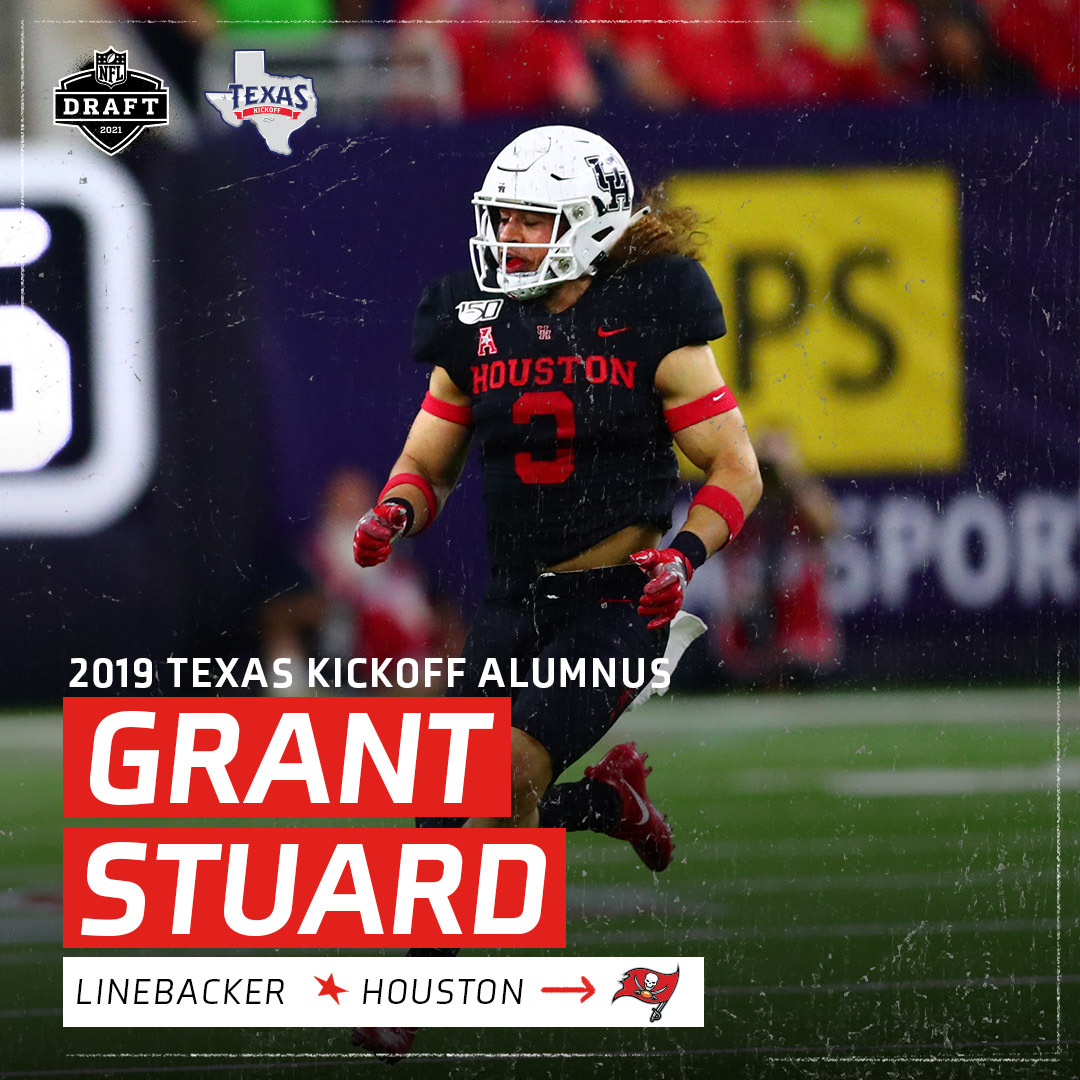 Don't miss your chance to see the future of football at NRG Stadium! Check out all of our upcoming events at LSSE.net.

EVENT TO RETURN TO NRG STADIUM IN 2021

HOUSTON – The Battle of the Piney Woods presented by H-E-B college football event between Stephen F. Austin State University and Sam Houston State University will not be played at NRG Stadium in 2020, Lone Star Sports & Entertainment (LSSE) and the schools announced today. The matchup between the two schools dates back to 1923, making it the fourth-oldest college football rivalry in the state of Texas.

All parties look forward to this great rivalry returning to NRG Stadium in 2021.

The first meeting between Rice and LSU in football in Houston since 1983 has been cancelled due to a decision by the Southeastern Conference to reduce schedules to 10 conference games for 2020 season. The Owls and Tigers had been set to meet at 2:30 on September 19 at NRG Stadium."I'm disappointed we will not be able to play LSU this season, but given the current situation, it was not unexpected," Rice Director of Athletics Joe Karlgaard said. "I know our fans have anticipated hosting LSU for the first time in nearly 40 years since we announced it in 2016 and that excitement only grew after LSU won the national title last year. We will work with LSU to see if there is an opportunity in a future season to reschedule the game."Fans who purchased advance tickets through Ticketmaster, the Rice Ticket office or the NRG box office will be contacted in the coming week regarding refund procedures. Fans who purchased through the LSU ticket office should contact them for information on refunds.  The Owls and Tigers were looking to resume their series in Houston that began in 1915 when Rice defeated LSU 6-0 at West End Park in Houston.Rice is currently scheduled to open the 2020 season on September 3 at the University of Houston and open the home schedule the following week when they welcome Army to Rice Stadium.

The 2020 Texas Kickoff featuring Baylor vs. Ole Miss is scheduled to kick off Sunday, Sept. 6, moving from the previously scheduled date of September 5. The game, played at NRG Stadium in Houston, is slated to be part of ESPN’s Labor Day weekend opening schedule, airing on an ESPN network.

“ESPN’s Sunday game during kickoff weekend has quickly developed into a strong franchise,” said Pete Derzis, ESPN senior vice president of programming and ESPN Events. “We look forward to continuing that success as we feature two head coaches in their inaugural games with two great programs. We want to thank the schools and our Texas Kickoff team for recognizing this unique opportunity.”

Fans interested in tickets for the event can visit www.texaskickoff.com and sign up for the Priority Wait List to receive the most up to date information for when single game tickets and suites will be released.  Tickets are also available through Baylor Athletics and Ole Miss Athletics via their ticket offices.

Kickoff time and network designation for the matchup will be available at a later date. ESPN’s early-season college football schedule will be announced in the coming weeks as conferences and television networks continue to prepare for the college football season.

HOUSTON: Rice and LSU will line up for an afternoon meeting on September 19 at NRG Stadium as kickoff for the first meeting between the two schools in Houston since 1983 has been set for 2:30 p.m. to accommodate television scheduling.Final broadcast details for the game will be announced in the near future.Tickets for the defending national champion's first regular season appearance in Houston since facing the Owls in 1983 will go on a sale on Friday, May 15 with a portion of ticket sales between now and the end of May benefiting COVID-19 relief efforts in Houston.Tickets start as low as $35 and will be available online on Friday, however interested fans can sign up for a special pre-sale on Thursday by registering in advance.The Owls and Tigers will resume their series in Houston that began in 1915. This will be the 57th meeting between the two schools overall. The schools met continuously from 1932-52 and then again from 1955-83 and renewed the series in 2018 when Rice traveled to Baton Rouge. This will be the first time Rice has hosted a defending national champion since 2006 when the Owls hosted Texas at then-Reliant Stadium. Season tickets for the Owls 2020 campaign, which include the Rice-LSU game as well as six games at Rice Stadium, are also currently on sale.